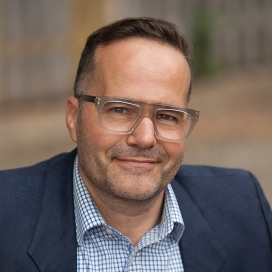 Grandpa Otter finds his family and support at the Rowing Club

I moved to London four years ago from Toronto. London can be a cold city for meeting new people, so I decided to join a couple meet-up groups. I had tried sketch comedy writing and cider drinking, but still found meeting friends difficult. I’d never meet the same people twice. I decided to try rowing. I thought it would be easier to get to know people in a team sport. I also wanted to get some exercise. I’d never rowed before joining the Otters Rowing Club. Fortunately, the Otters offered lessons on how to row. Though I’m not that old, the guys gave me the nickname, “Grandpa Otter”, as a term of endearment. At the time, I was one of the oldest members of the club. Most of the guys are in their twenties, thirties and forties.

It was an incredible time – very early on in the life of the club. There was tremendous goodwill and a spirit of inclusiveness. Everyone desired hanging out together. I’ve never encountered such a well-intended, inclusive group. One of the benefits of rowing is learning teamwork. I’ve done other solo sports, (skiing, gymnastics etc.), where it didn’t really matter what anyone else was doing. In team activities, it is interesting to realise how you are affected by others’ actions, and how others are affected by your actions.

The club has now become the root of my London family – my social community. I love the camaraderie. I used to row once a week, but also participated in Rowga – yoga for rowers. The Otters also offer dry land training, running and working out at the gym. There are a number of various facets to the club – some sport, some social. There really is a great network of people who come together to do all kinds of things, from pub outings and quiz nights to dinner parties and bowling.

I have had some recent health challenges, (prostate cancer). As such, I have not been able to row as much lately. I still go out with the guys socially all the time. I hope to be back at rowing in the spring. An interesting thing came out of my prostate cancer. I ended up leading twenty-five of the younger club members in a, “Movember”, WhatsApp chat – to discuss prostate cancer. It was great to see how a rowing club combined rowing with social responsibility. In my generation, nobody ever spoke about prostate cancer. It was very gratifying for me to see such a taboo topic spoken about out in the open. It seemed the guys really appreciated it. As well, the younger men were also very supportive to me, in what I was going through. A group of the boys even set up a cancer support chat for me. If I ever needed someone to talk to I could just send a text and someone would be there.

I probably wouldn’t have joined the Otters if it hadn’t been an LGBT club. I would have felt uncomfortable. I was definitely looking for a gay activity. I come from an era where team sports were mostly for straight jocks. People weren’t out about their sexuality. In my day, straight jocks might have felt somewhat uncomfortable around a gay man, which would in turn have made me uncomfortable. My desire to join a LGBT club wasn’t at all driven by a desire to date, though no doubt some dating goes on. It was really about meeting like-minded people.

There are definitely positives about being one of the oldest in the club. There’s a wisdom that comes with age. As such, there was a period when the club was first getting on its feet when the founding members sought my advice in the running of the club. If you are an over fifty LGBT person and are looking to join a fitness club but are apprehensive, don’t be afraid. Just go for it. There’s something invigorating being around the vitality of youth. Your age shouldn’t hold you back. You are as young as you feel. The younger members will embrace, honour and respect you. Though your body may not be as physically strong as it once was, you have got something else going for you that the younger members don’t have, and they welcome it.

It’s not purely about being the best rower. Rowing is a community activity where the elders are actually revered for what they offer. There’s something really magical going on in the Otters organisation. It starts with the founding members, Warwick and Grant, (affectionately known as Mamma and Pappa Otter), who are really great guys, and it filters down to everybody else. We all truly love and look out for one another.

Our men and women race against other rowing clubs at various regattas throughout the country. Sometimes they win their events and return with trophies. There are even some exceptionally fit guys my age, (such as Andrew Boyer), who hold their own, and compete alongside the younger guys, while we social rowers cheer them on. Everyone is celebrated for what they can bring to the group. It’s kind of like a potluck dinner. We have young rowers, veteran rowers and social rowers. Everyone fits in somewhere.

In recognition of Peter’s contribution to the club, the London Otters recently named one of their boats after him. Watch the video here:

Out & Active is kindly
supported by London Sport